Processes are different; each has a unique system built into it to be more productive than others. Model numbers change the name of the processor and the stuff that comes inside it. The performance can take a hit if you pick the wrong processor to be on your smartphone. Knowing about the processor will help you buy a phone that delivers performance without sacrificing anything else.

Again, not all the processors will perform the same, and here we will look at the two of the most popular processor in the market. Snapdragon 695 vs Dimensity 920 is a comparison that is always brought up on many forums by people who want to know which one of them will meet their needs. Unlike in computers, where you have to get CPU and GPU separately, in mobile, both are combined into one chip.

This article will focus on Snapdragon 695, and Dimensity 920, both of them are mid-tier processors but pack quite a punch in their performance. While they do fall in the mid-tier category, the performance details will vary from one processor to another. We will go through CPU, GPU, Memory, and critical categories to find which is better for your mobile.

Basic details cover a lot of information that gives you essential insight into processors and when they are made. Suppose you’re one of the people who want to stay updated with the latest processor. Here you will get all the surface-level information about processors and how they will help you with your performance. The AnTuTu score is an excellent indicator of how the processor will function on your mobile. The higher the score will result in better performance.

The architecture of the CPU carries a lot of inner specifications. All the spec information will give you some information on what you can expect from the CPU. Here will focus on details such as cores, architecture, Frequency, Cache, process, and others to give you basic spec info behind both Snapdragon 695 vs Dimensity 920.

A CPU with a high number in the comparison will output good performance compared to the other; that might not be the case in every comparison model. But in most of them, higher numbers are usually the better ones.

Here we will dive into the testing side of both Snapdragon 695 and Dimensity 920; now that you know about the specs inside both CPUs, it is time to see if the spec can run all the modern demanding apps smoothly without any issue. Again higher numbers result in better performance.

Dimension 920 wins it by milestone against Snapdragon 695; the performance on the CPU side of the apps will run better on Dimension 920. Most of the apes are demanding on the CPU side; if you plan to run any of them on your phone, then DImenstiy 920 will do a fantastic job in keeping the app running smoother without any terrible slow hiccups. Snapdragon 695 will also be able to run most of the modern apps fine but compared to DImensity 920, it will lack speed and smoothness.

The winner here is Dimensity 920, scoring 57. It certainly takes the cake home with the CPU testing benchmark.

Graphic-intensive games require a GPU that can handle the texture, shadow, anti-aliasing, and other advanced graphic options without slowing down or dropping FPS. GPU also supports the running of most of the modern rendering apps, where these apps take benefits from the CPU and GPU from the processor. A processor that can deliver a substantial number on GPU is undoubtedly a performance boost for the phone.

Here we will look at the specs behind the GPU on both Snapdragon 695 vs Dimensity 920. The numbers here will be pretty different from each other. Again with everything else, the higher number will mean better performance on that CPU.

Dimenity 920 is the clear winner in having all the modern specs to run all the upcoming and available apps on a higher frame rate without any issues. They share identical versions on Vulkan, OpenCL, and DirectX, but on the critical slide Dimensity, 920 has a higher lead than the 695.

Specs give out what a GPU carries, and now, it is time to put them against each other to see which one will deliver the GPU performance you desire from the processor. Here will put most of the demanding GPU apps on both Snapdragon 695 vs Dimensity 920 and see how they fare against each other.

The frame rate will be much better on the DImensity side than on the snapdragon 695. The testing shows Dimensity 920 handling all the modern games without any drawbacks running the overall experience. So if you are buying a phone for gaming and gaming purposes only, consider getting a phone with DImensity 920 installed in it. The games will have performance pick up in DIensity 920 enabled phone than on snapdragon 695.

When buying a phone because the last phone had a lag issue, consider getting a phone with better memory; Here will focus on Snapdragon 695 vs Dimensity 920 memory comparison. Again, just like any comparisons above, the performance will all come down to the highest number.

Overall, DImenstiy 920 packs better memory specs, guaranteeing to make the phone run smoother compared to what you will get with Snapdragon 695. In comparison, Dimensity wins by a mile as it has a 3200 MHz frequency and a higher memory type, which is a vital sign of a better up-o0-date system. Higher versions of the memory type will output more performance for your phone than the old ones.

You saw the GPU specs and GPU test, and now it is time to focus on the gaming aspect of the comparison model. People who like to play games on their phones need a solid GPU to run most modern titles with higher frame rates than low. Turning the game to a medium or high setting will lower the framerate in exchange for better visuals. But what if your phone can’t even deliver justifiable performance in a medium setting? Here will look at Snapdragon 695 vs Dimensity 920 gaming compassion.

Each game listed below sits high on the mobile gaming market; if these games give better performance, you can expect to run most of the available titles fine without any lag. Here will also find the information on what settings were used to record the FPS. If the game outputs over 30 FPS, you can expect the game to run well; anything above 30 will result in much more free experience in gaming.

Dimensity 920 beats snapdragon 695 in all the major games in the market. The number speaks for itself. Dimensity 920 blows 695 out of the park with the sheer GPU performance it provides to your mobile. If your mobile purchase is for gaming, then you can’t go wrong by picking a DImensity 920 installed phone for a perfect mid-tier handheld.

In the battle between Snapdragon 695 vs Dimensity 920, DImensity 920 leaps here for higher performance. SNapdragon 695 is slightly behind the 920, so if you lower the settings on the phone, you can expect the Snapdragon 695 to help you carry out most of the gains at a decent frame rate.

Most video rendering apps will require the CPU and GPU to cut the render time in half. If the mobile phone is backed up by a processor that can deliver a strong CPU and GPU front performance, then your phone is in good hands. You can edit most videos and Audio here without dealing with minor or major issues. The rendering time for the video will use the CPU and GPU sides of the processor.

All the video editing apps will run fine on Snapdragon 695 vs Dimensity 920, the running time might be low on amnesty 920, but it all comes down to the option you chose for the rendering. For example, if you go with rendering a 4k video, the time will be considerable compared to a video set to 1080p format.

Lowering the resolution size and the frame rate will reduce the time for the video to reach the final output. CPU and GPU will play a significant role in dictating the speed for rendering on the phone. Since the number on the CPU and GPU side is higher on Dimenstiy 920 enabled processor, you can expect the rendering time to be in half on 920 than on 695.

Connectivity will help your phone to stay stable during the primary functioning of the app. Most apps require the phone to have a solid connection to the tower to get better reception overall. Here will look at the connectivity differences between Snapdragon 695 vs Dimensity 920 and how they differentiate from each other in terms of connectivity factors. The internet speed will also widely vary from one processor to another. It also demands a better connectivity system installed on the phone to get proper speed on downloading an upload section.

The 4G network connectivity will stay the same, and the performance here will not vary. And both of the processors support the functionality of 5G. So if you are looking forward to future-proofing your phone, both will fulfill that requirement.

Dimensity takes the lead here as it can offer up to 1200 Mbps download speeds. While snapdragon 695 can only pull up speed up to 800 Mbps.

Dimensity has a higher version of Wifi V6, while snapdragon sticks with the Wifi V5. Bluetooth functionality will stay the same on all sides.

How you view your multimedia will rely on both processors’ resolution, memory, fps, and codec. Multimedia differences between Snapdragon 695 vs Dimensity 920 can make your viewing experience on your phone better. Here will go through different display multimedia options such as the Resolution option, frame rate option, and video and Audio codec option.

Here we will go through all the multimedia options of Dimensity 920.

Dimensity 920 can capture videos up to 4K quality set to 60 Fps without any performance hiccups.

This section will cover the multimedia option of 695G.

Snapdragon 695 vs Dimensity 920 multimedia compression falls short; most elements here stay the same on both sides. You can see some differences, such as video capture and playback, but most of them will stay the same. Overall, Dimensity is a bit better than 695 in multimedia comparison, and the differences might not be more considerable, especially if you don’t like recording videos on the phone.

Snapdragon 695 is limited to a more 60 FPS cap limit to the 1k video option. If you stick to classic 1080p resolution, you record the quality video you want without any problem. But if you want to go beyond the limit of 1080p, then Dimensity 920 comes with a 4K quality option. Your movie and gaming viewing will be much more entertaining on Dimensi 920.

Snapdragon 695 vs Dimensity 920 Dimensity takes the trophy in most of the comparison tables listed above. Dimensity certainly takes a lot of leap in CPU and GPU performance scale. If you are buying a phone for performance-related work, it is better to pick up a phone with DImensity 920. The performance will be better, as you will reduce rendering time, gaming load, and shutters.

Gaming will run better with higher FPS on Dimensity 920. While snapdragon 695 will deliver an optimal level of performance, in comparison between Snapdragon 695 vs Dimensity 920, DImenstiy certainly will provide a better choice for you. 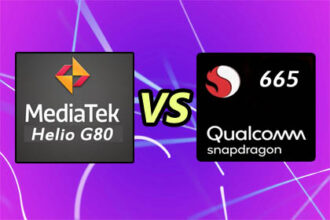 We will go through all the questions about Snapdragon 695 vs Dimensity 920. Find out if they can fulfill your demand from a chipset or phone.